Starting in 1993, the U.S. Department of Education allowed married couples to combine their federal student loan debt into a single, joint consolidation loan. However, Congress didn’t provide a way for couples to separate their loans if they divorced. As a result, both people remain tied together for years, even if they both remarry. Here’s what you need to know about joint consolidation loans.

As part of the Higher Education Amendments of 1992, the federal government allowed married borrowers to combine their federal student loans into a joint consolidation loan. With this new type of loan, couples agreed to be held equally responsible for their spouse’s debt. In exchange, they gained access to flexible repayment plans, like the Graduated, Income-Sensitive, and Income-Based Repayment plans.

While access to affordable payment plans benefitted married borrowers who were struggling to repay their student loan debt, many of those couples didn’t understand the consequence of choosing to consolidate their loans together. Namely, under the terms of the new loan, the couples would be forever bound to each other — even if they later divorce.

Congress designed the loan terms so that both spouses were equally responsible for each other’s debt, no matter the portion of their loan balances and the change in their marital status.

Said differently, there’s no way under the law to separate a Joint Spousal Consolidation Loan.

From the start, problems with joint consolidation loans after couples divorced were apparent. If an ex-spouse refused to pay their share of the monthly payment, then the other spouse would have to make the entire payment by themselves. Similarly, if the former couple wanted to make their student loan payments under an IBR plan, both spouses would need to agree to pay the loan under the same plan and provide their financial information. If one of them failed to do so, they would both be denied access to the payment plan.

In light of these issues, Congress eliminated joint consolidation loans in 2006. However, it did not provide a means of severing existing loans, even in cases of domestic violence, economic abuse, or an unresponsive partner. 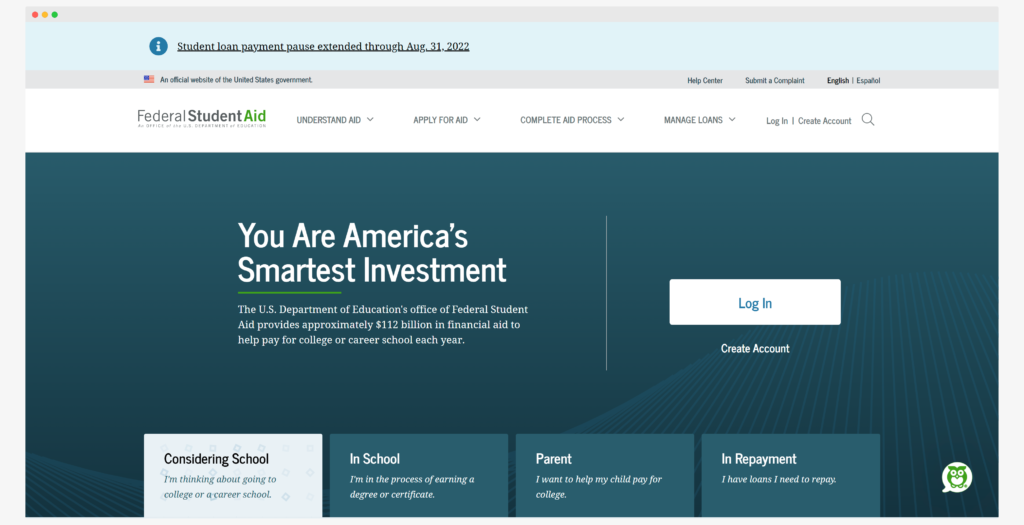 Attempts to Change the Law

Several congress members have tried to address the problems of spousal student loan consolidation. But none of their efforts have been successful.

Since the federal government wouldn’t allow them to separate their loan debt, many couples tried to separate the balances themselves via their divorce decree. But those decrees are ineffective. No matter what the former spouses agree to in their divorce, their student loan servicer will refuse to remove a spouse from the consolidation loan. Removing a spouse from the loan is not allowed under federal law.

The inability to remove a former spouse from the loan is a huge problem if one spouse has a court order instructing them to refinance the debt in their name alone. Their ex-spouse may try to hold them in contempt of court if their name isn’t removed from the loan.

But the spouse that’s ordered to refinance the debt usually lacks options to comply. The U.S. Department of Education won’t allow them to consolidate the loan into their name. Meanwhile, refinancing with a private lender requires the spouse to be credit-worthy. Suppose they have a poor credit score, negative marks on their credit report, or insufficient income. In that case, student loan refinancing won’t be an option.

The only thing the spouse can do is to make the payments on the consolidated loan. But if they need a repayment option based on their income, deferment, or forbearance, they need their ex-spouse’s help in making that request.

Technically, joint spousal consolidation loans are eligible for loan forgiveness programs offered by the federal government. But borrowers can face difficulties qualifying for them.

Joint consolidation loan borrowers can have their remaining balance forgiven after 20 to 25 years of payments under an income-based repayment plan. But staying in that plan means that former spouses would need to keep in contact with each other during that time and agree to share financial information. Depending on how your marriage ended, staying in touch for two decades could be the last thing you want.

The reality is that there are few options to get out of paying these types of loans.

Historically, bankruptcy judges have analyzed undue hardship cases using the Brunner Test to view the debtor’s past, current, and future income and payment history. Under that test, if a borrower can maintain a minimal standard of living while repaying the loans, they don’t have an undue hardship. They won’t be able to discharge their student loan debt.

Or what if the borrower is stuck repaying a loan her ex refuses to pay even though his loans make up 90% of the balance? Is that an undue hardship?

These are just questions I’ve asked a bankruptcy judge in Texas to decide.

Spousal consolidations are burdensome debts to deal with — especially if they have a high interest rate or if your cosigner is impossible to deal with. If left unmanaged, these loans can wreak havoc on your credit history, cause you to lose eligibility for federally backed mortgages, new federal student aid, and expose you to administrative wage garnishment, tax refund offset, and Social Security Benefit offset.

To stop that from happening to you, schedule a phone call with me. During that call, we’ll get a high-level understanding of your issues and start the process of developing a plan to deal with your federal and private student loans finally.